There is a common misconception that a table saw and a band saw are used for exactly the same things and are interchangeable machines but this is not necessarily the case. We understand that you may need to choose one or the other at a time but in woodworking, you may also need to consider adding both to your workshop at some point.

When you’re trying to determine your woodworking tools, it is important to remember that we don’t all have the same needs. Your projects may be vastly different than another person’s so always keep your own needs in mind when making these decisions.

In this guide, we will walk you through an overview and comparison of the table saw vs. band saw. Our goal is to provide you with all of the details you might need to make a fully informed decision based on your own needs or even preferences.

We Think You’ll Like: How to Use a Band Saw

What is a Table Saw?

The table saw is really one of the most standard woodworking power tools out there. Regardless of what you do, you can probably find value from a table saw. It’s designed to cut wood and potentially other materials.

This saw is designed like a table, with a saw blade inside of it. The saw blade is circular and rotates in a circular motion. It’s powerful and fast so you can push pieces through to make your cuts with speed.

The miter saw is able to do things that the circular saw, miter saw, and router all do but it does it all in one place really. They are built for easy use, precision, and efficiency overall. They are powerful and are usually one of the first power tools you will find you really need.

With those details in mind, the band saw is also incredibly versatile so don’t write it off just yet. We will talk about it shortly.

Before we go any further, check out this table saw. 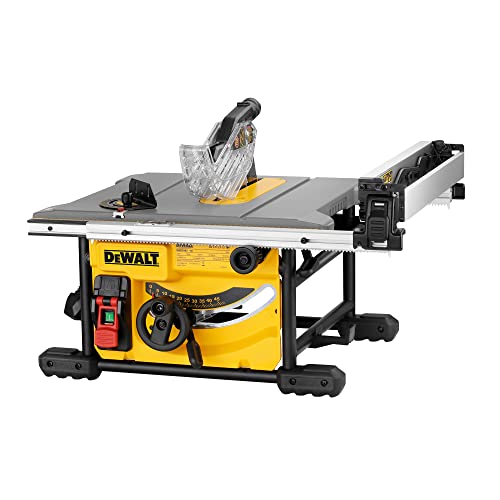 This is just a portable, compact table saw that is built to be used on the jobsite. DeWalt Table Saw DWE7485 can be set on a workbench, a tailgate, or some other working space but it can easily be moved or taken where it is needed most. It’s easy to adjust and offers a high ripping capacity. It’s smooth and accurate for use, with all of the safety precautions and adjustments you might need.

What is a Band Saw?

The band saw can make straight cuts and can also rip lumber, much like your table saw. In addition, you have a hefty cutting depth capability so you can even cut multiple materials at one time or thick materials as well.

The band saw can come on a full-sized basis on a stand, it can come as a benchtop model, or it can come as a handheld portable model as well. It operates with a round band as a blade that has a much smaller kerf and is thin by design. The blade runs in a continuous circular motion.

We Think You’ll Like: Chop Saw Vs. Band Saw

This band saw from Wen is a really great option and it is an awesome value for the money. The saw is well-made and powerful. This particular option is a full-sized saw on a stand but the stand is also removable as needed. Wen 3862 Two-Speed Band Saw with Stand, 10-Inch has a miter gauge, a rip fence, and a nice dust port for cleaner workspaces.

When you look at the band saw vs. the table saw, you will find that they can range quite a bit differently. When it comes to size, it really depends on the model that you choose. Table saws sometimes come on their own table or stand while others are made to be used on a benchtop or work table. However, they will be pretty sizable in width and depth either way.

The same goes for the band saw. You can find them in full-sized models as well as benchtop models or even compact models that are actually handheld by design. The portable, handheld model may be more limited in what it can do but it’s still a band saw.

Overall, the table saw is going to take up more space on a whole, particularly if it is a permanent setting. The band saw is slim by design and may take up less space.

With this in mind, be sure to consider how much surrounding space you will need for each saw to be able to process through whatever it is you are cutting and working on. This is referred to as infeed and outfeed, which you are probably familiar with.

When you use a stable machine, you have to have room in front of and behind the machine to push your materials through, right? When a tool is handheld, you take the tool to the machine. Both the band saw and the table saw are going to require infeed and outfeed space so keep this in mind when you plan for space as well.

Next, let’s consider the cut that you get from each of these saws. Remember that the band saw has the ability to make some special cuts, including circular or rounded cuts as well as re-saws. At the same time, it’s capable of ripping lumber and making straight cuts just fine as well.

The table saw cannot make curved or circular cuts and may not be able to handle as much depth as the band saw. However, it is powerful and it can rip lumber or make straight cuts in a hurry. It’s up as well so it might handle wider materials better to some degree as well.

Interestingly enough, even though the table saw is built for speed it is also really pretty accurate if you know how to use it. It has the fence and will make a really straight cut in the end. Table saws make fairly clean cuts as well, considering the speed with which they work. They probably won’t be perfectly smooth but they are generally clean and accurate.

The band saw can be harder to get perfection and precision. It takes a little bit of work to square up and get your setup right to get accuracy when you cut. With a little pre-work, it can be accurate but you may find some wobble or even drifting from the blade.

When you’re making curved cuts, they may or may not be clean. You do have better luck if you just keep cutting from start to finish but you may have to go back in and touch up some places still. There will most likely be some cleanup work to do in the end.

The blade of the table saw and the band saw is very different. Your band saw operates on a large band that is a thin blade with a very small kerf. These blades are very large bands that string over two or more wheels within the saw. The wheels move the blade along in a continuous circular motion.

The band saw blade is not the same type of circular blade as the table saw. This is a band that might just be almost as tall as you when you hold it up. It’s very large in diameter but thin and small in stature.

The table saw blade is a round blade, with a large kerf. The blade does operate in a continuous circle as well but these are thicker and heavier blades built for power and fast cutting.

When it comes to replacing the blade or changing the blade to accommodate something specific, table saw blades are much easier to change. They can also be sharpened as needed rather than just replaced when they dull.

It’s slightly more challenging to change a band saw blade. You will have to set the tension and the tracking and it will take some work to place the blade. It can’t just be swapped out super-fast. They also usually are not sharpened. You can weld them if they break but they need to be replaced when they dull up.

What you will find is that these two saws have very similar pricing. Table saws that are full-sized table saws might actually cost a bit more. Band saws are incredibly affordable saws and it’s almost surprising sometimes to see the price tag on those.

That being said, you can find budget-friendly models as well as premium-priced models on both terms. You can find comparable prices on both ends of the spectrum.

In closing, we hope that you find this comparison of the table saw vs. the band saw to be an informative guide. While the two do have some similar functions, they really are very different overall by design.

Now that you know their static similarities and differences, which saw do you think you need in your workshop? 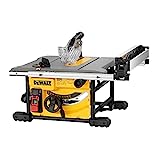 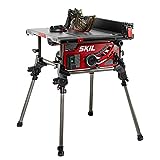