There are a number of different saw options out there to choose from when it comes to stocking your workshop. Some of them are comparable in nature and design while others are completely different and have very specific tasks that they work for.

When it comes to choosing what saw or saws you need, it’s important to know and understand the differences. Be familiar with the types of duties you will be handling with your woodworking projects and use that information to be sure that you choose the right tools for your needs.

In this guide, we will share with you a comparison and overview of the cold saw vs. the band saw. We will take you through an overview of just what each of these saws are and then compare them for you so you have all of the vital information you need to make a decision.

What is a Cold Saw?

A cold saw is a circular saw that is designed similarly to a chop saw as far as the blade and overall setup is concerned. They do also have portable or handheld cold saws as well. In addition, there are cold saw machines that are built on a full stand, like what you might expect of a full-sized band saw.

Unfortunately, cold saws are often mistaken to be the same as a chop saw because of the design but they are actually incredibly different. We share this primarily for reference and to give you a picture of the cold saw in your mind.

The cold saw works by using coolant in the cutting process that maneuvers the heat of the cut away from the material. The result is that your material is cold when it is cut, rather than heated like a lot of other cut materials.

The result is a very smooth cut that looks like it was made that way, rather than cut for your needs. The finish is one of the smoothest finishes you will find when a saw is used.

Cold saws are known for running very slowly. They typically operate at less than 100 RPMs during use, with a range that is somewhere between 20 and 90 most of the time. On that note, you will find it interesting that the cut itself still moves very fast in the end.

The cold saw is equipped with a toothed blade that is made of high-speed steel and is not abrasive in nature. It can be multi-functional and can also typically handle ferrous as well as non-ferrous materials.

The general purpose of the cold saw is to make a clean cut that is precise and milled. It’s a finishing cut that is smooth and complete without extra steps like deburring after your cut. 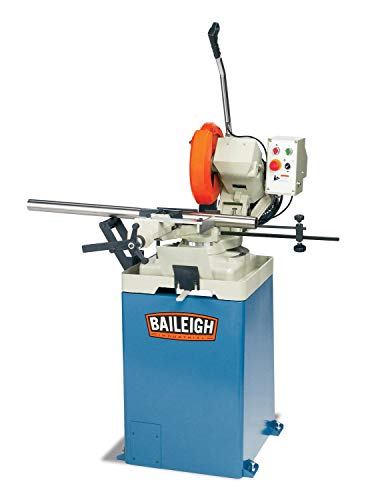 What is a Band Saw?

The band saw is made very differently from the cold saw. It comes in a variety of models that include benchtop saws, full-sized saws on a stand, or even a compact saw that is handheld and portable.

The band saw is considered to be a power saw. It uses a powerful motor to rotate a circular blade. The blade is a band that is toothed metal. The band runs over 2 or more wheels, depending on the size of the saw. When the band saw is powered on the wheels run the blade in a continuous circular motion.

It’s really an interesting design and the band saw can be incredibly versatile as well. These saws are used for circular or curved cuts but they can also be used for things like re-saws, cross cuts, ripping lumber, and straight cuts as well.

These saws are known for uniform cutting that moves quickly and has an even load distribution in the process. They are often compared to saws like the jigsaw because they are capable of making those curved cuts and shapes with ease. The blade is fairly thin with a very small kerf, giving you the ability to make pristine cuts that require some detail.

Band saws can typically handle a variety of materials too. You may have to be sure you have enough power or the appropriate blade type to accommodate the material. They can handle things like wood, metal, plastic, or even piping most of the time.

These are used for lumbering purposes but are also used for cutting multiple materials at once with a large depth or making simple, straight cuts as well. They are a very versatile saw that operates at a higher RPM marking.

Now, let’s compare some of the basic features and differences of the cold saw and band saw in detail.

We Think You'll Like:  How to Use a Band Saw

The size of the machine can vary between a cold saw and a band saw. Band saws do have a variety of sizes, including compact and portable sizes or the benchtop models that are also usually not overly large.

On the same note, band saws also have full-sized stationary models that are designed to be a permanent piece in a specific location. They can typically handle much larger pieces and items than the other models.

In comparison, cold saws come in a variety of sizes but they are generally a full-sized saw that is on a base or a stand.

Cold saws on the other hand are typically more limited. A 14-inch cold saw might really only handle a 5-inch round in the end. This has to do with the blade diameter as opposed to the depth and cutting capacity.

One of the most noticeable differences between the band saw and the cold saw is the finish of the cut. Since the cold saw uses a cooling process that cools the material at cutting time, the end result is a cut that is perfectly smooth and ready to go.

While band saws certainly cut smoother than say a chop saw might, they are not perfect. They do make nice, straight cuts or whatever your needs may be but the finish is not perfectly smooth in comparison to the cold saw.

Cold saws primarily give you a finished product right after cutting. You typically will not have to go back and smooth up the edges or square off your product or anything like that. It’s meant to provide a finishing cut. The cut is a high-quality cut immediately after cutting.

While some band saws do provide a better finish than others, you most likely will have some finishing work to do when you finish the cut to really get it perfected to finish.

The good news about these saws is they are both able to cut a variety of materials. Cold saws are made to handle just about any material, including both ferrous and non-ferrous materials. Band saws can also typically handle multiple material types, although it may depend on the band saw as well as the motor of the saw so this will be something you have to check for.

Since cold saws run at a low RPM, they handle things like brass and copper that can sometimes be very hard to cut and a lot of saws cannot handle them. However, this lower RPM does not prevent the cold saw from cutting ferrous materials just as well.

Where band saws are usually listed as being able to cut both ferrous and non-ferrous materials, what we’ve found is that isn’t always as true as it sounds. The blade, the power, and the speed of the band saw really can make a difference in whether or not it can handle some of the more challenging materials. Full-sized band saws are much more likely to be able to handle those.

We mentioned earlier that band saws are designed to be quick and efficient. Don’t be fooled by the slower RPM of the cold saw. These saws still cut very quickly and probably even more quickly than the band saw at times.

It’s interesting to see the comparison here. In addition, remember that the cold saw is designed to give you a finished cut while the band saw may give you a rough finish that requires a little extra work after the cut.

The good news is that both of these saws are efficient in their own ways. They both are powerful, they just work very differently since a cold saw really is cold and gives you a finished cut. However, remember that your cutting capacity may be slightly more limited as well.

Both saws are a good choice but it may depend on your needs and what you want your end result to look like as well. Both can be accurate for cuts and both can handle a wide range of needs and uses as well.

When it comes to the prices, a cold saw typically will be more expensive than a band saw. It is because of the way that the cold saw works, using the cold process for cutting so the requirements to build this saw are far more intense.

While the up-front cost of a cold saw is more expensive, the long-term costs will most likely even out in comparison. Band saws are pretty affordable for a versatile saw up-front. However, the maintenance and upkeep can get pricy over time.

The blades for band saws cannot be sharpened when they dull really. While you can weld them if they break or something, when they become dull it is far easier to replace them. Sharpening them is possible but will be quite the chore.

Cold saw blades can always be sharpened and re-sharpened as needed and will not need to be replaced as often overall. Changing the blade in a cold saw is also much easier so there is a time comparison there to consider.

When you consider the blade life as well as the up-front costs, the value and cost of these two tools are comparable. The difference is one is more affordable than the other at initial purchase.

Which is Right for You?

Now that you’ve seen some comparison and overview of the cold saw vs. the band saw, how do you decide what is right for you? Honestly, these saws are very different and yet also very similar. They are both versatile in nature and can handle a variety of materials.

If you’re looking for that pristine finish with your cut, then you should consider a cold saw. These saws produce a finishing cut and don’t require cleaning up your cut or anything like that afterward. They do generally have a smaller capacity and they might take just a little more time to complete your cut in the end.

The band saw is quick and is built for speed and versatility. You can do a lot and you can generally do it quickly as well. They have a large capacity and are fast. On the downside, you might have a cut that is rough at finish and requires a little bit of work on your part after the fact. 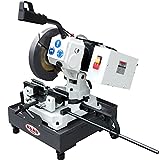 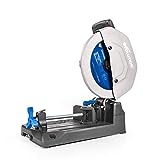